GiG Signed Head of Terms with Land-Based Operator in Ontario 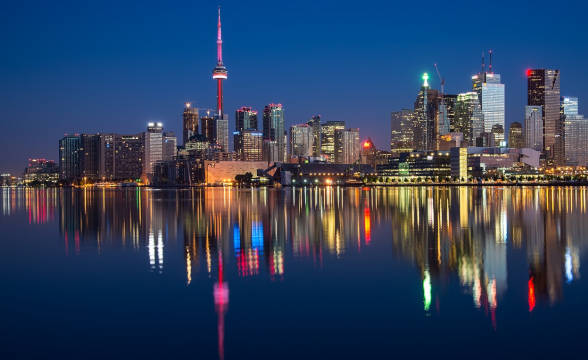 Provider of platform and media solutions to the iGaming industry, Gaming Innovation Group (GiG), announced it has signed a head of terms agreement with an established land-based operator in Ontario.

The head of terms agreement with the unnamed land-based operator in Ontario will see GiG deliver its award-winning platform, sportsbook and omnichannel solutions in the Canadian province.

Commenting on the announcement, Ben Clemes, general manager of GiG North America, expressed his contentment at the opportunity to team up with an established land-based operator in Ontario.

“I am really excited to sign the head of terms with a land-based partner that has been successfully operating in the Ontario market for many decades,” Clemes said, outlining that the operator’s land-based presence will present GiG with the “opportunity to showcase the power” of its proven omnichannel solution and “full product catalog,” including casino, sports and its frontend solution.

GiG and the land-based operator expect to sign a full partnership contract in the coming months, projecting to initiate operations under the partnership in the first half of 2023.

The head of terms agreement is the latest development around GiG in Ontario after more and more operators choose the company’s products and services to drive their brand in the province, lured by GiG’s leading technology and flexible architecture.

Following the supplier license granted to GiG by the Alcohol and Gaming Commission of Ontario (AGCO) in July, GiG already launched with two operators the latest of which was the online casino brand SpinAway, and is preparing to go live with a third. The other was the LuckyDays brand operated by L7 Entertainment, a company that partnered with GiG for a launch in Sweden earlier in the year.

Since its launch in April this year, the gaming market in Ontario is attracting more and more operators as it is expected to grow to over $2 billion in gross gaming revenue over the next three years, according to H2 Gambling Data.

In October, iGaming Ontario released market data for the second quarter, showing that the market has grown by nearly C$2 billion ($1.48 billion), posting a 48% increase. Without accounting for the promotional wagers, Ontario operators registered C$6.04 ($4.46 billion) billion in total wagers in the quarter.