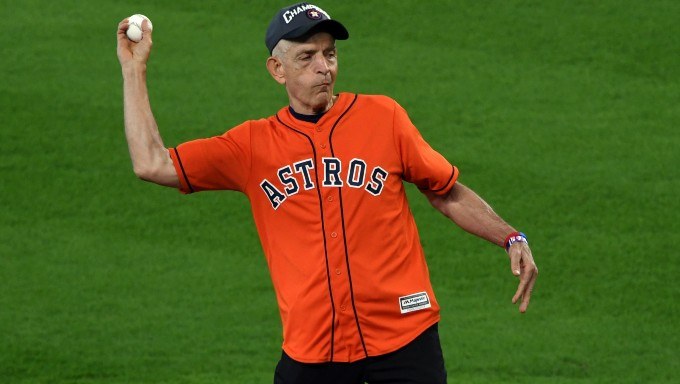 If there is a single incentive for Texas lawmakers to legalize sports betting, it might be Mattress Mack.

The Houston furniture store owner, whose real name is Jim McIngvale, has crossed the state line into Louisiana once again to place a multi-million dollar sports bet.

Earlier this week, at the Barstool Sportsbook inside L’Auberge Casino in Lake Charles, McIngvale bet $2 million on the Houston Astros to win the World Series.

Sports betting in Louisiana is legal, but not in neighboring Texas. Casinos also are illegal in Texas. Lake Charles is about two hours from Houston.

Astros Off To Good Start

The 71-year-old McIngvale also has placed a $3 million bet at Caesars Sportsbook, and a $1 million wager at WynnBET Sportsbook on the Astros to win the World Series.

He recently tweeted he will give customers who buy $3,000 or more in furniture double their money back if the Astros go the distance. His World Series bets are intended to offset potential losses from the furniture promotion.

At the midseason break, the Astros were poised to make a run at the World Series title.

In recent years, McIngvale, an Astros fan often seen in team attire, has won and lost millions of dollars from eye-popping bets on sporting events and horse races.

Some of his larger bets are placed in Louisiana, which legalized in-person wagering at commercial casino sportsbooks in October 2021.

Mobile sports betting became legal in Louisiana on Jan. 28, 2022. Sports betting is restricted to 55 of 64 parishes that authorized it during a November 2020 statewide election.

Mobile and in-person sports betting are legal in Calcasieu Parish, where Lake Charles is located, just east of the Texas border.

Two riverboat casinos are in operation in Lake Charles. A third riverboat is moving ashore and is expected to open soon as a land-based resort.

Earlier this year, McIngvale made news by driving into the parish and using a Caesars Sportsbook app to place moneyline bets totaling $9.5 million on the Cincinnati Bengals to win the Super Bowl.

The Los Angeles Rams defeated the Bengals, resulting in a loss McIngvale — but a tax boost for Louisiana.

Dallas Cowboys’ owner Jerry Jones is among those who predict sports betting will be legal in Texas.

However, Louisiana’s status as a gaming destination for Texas sports bettors is not likely to end soon.

The Texas Legislature won’t be able to consider any gambling bills until lawmakers next meet in Austin in 2023.

If sports betting is approved during next year’s legislative session, the issue would have to go before voters in a statewide election. Even if voters approve sports betting or casinos, legal betting would not take place in Texas until 2025 or later.

Right now, Louisiana is the only Gulf Coast state, from Texas to Florida, where off-site mobile sports betting occurs legally.