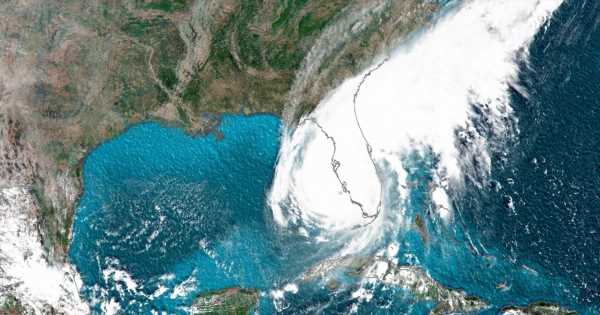 With powerful Hurricane Ian slamming into Florida’s southwest coast on  Wednesday, sporting events in the region have been rescheduled or postponed.

In college football, the University of Florida, coming off a loss to SEC East rival Tennessee, has moved its Saturday game against Eastern Washington to Sunday. Kickoff is set for noon ET at Ben Hill Griffin Stadium in Gainesville.

As of early Wednesday, Florida State’s homecoming game against Wake Forest still was scheduled for Saturday at 3:30 p.m. ET at Doak Campbell Stadium in Tallahassee.

In neighboring South Carolina, the Gamecocks, also in the SEC East, rescheduled their game originally set for Saturday against South Carolina St. The game now will take place Thursday at 7 p.m. at Williams-Brice Stadium in Columbia. Anticipating Ian’s northward trek, South Carolina rescheduled the game before severe weather could reach that area later in the week.

Below are other rescheduled or postponed sporting events:

As the dangerous storm approached landfall north of Fort Myers on Wednesday, it packed sustained winds just below the most destructive level, Category 5.

Hurricanes in that deadly category carry winds of 157 mph or greater. Only four U.S. storms have made landfall that strong, according to KFLA-TV meteorologist Jeff Berardelli in Tampa.

The hurricane’s approach, and its expected destructive aftermath, not only required athletic events to be rescheduled, it also forced businesses to close, including those in the gaming industry.

In Tampa, the Seminole Hard Rock Hotel & Casino said on its website it is closed to non-registered hotel guests, beginning at 8 a.m. on Wednesday until conditions allow the resort to reopen.

The Hard Rock noted it is not a designated storm shelter and doesn’t have the resources to shelter people or vehicles during storms.

Also in the Tampa area, the Tampa Bay Downs thoroughbred track, which normally is open for poker and other events even during racing’s off-season, is temporarily closed this week.

Tampa Bay Downs said in a tweet the site will be closed Wednesday and Thursday “to give employees and patrons the ability to prepare for Hurricane Ian.”

Though the track’s restaurants and other amenities are expected to reopen by Friday, the racing season will not kick off until its normal start in November.