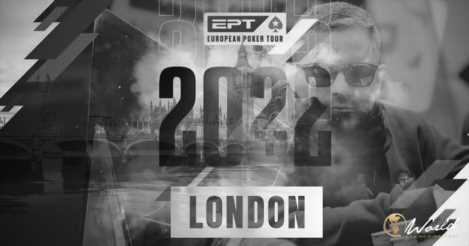 The Hilton Park Lane is currently playing host to the PokerStars European Poker Tour London stop, offering players a ton of poker action. One of the most recent events to finish up in the series is the £2,200 UKIPT High Roller. The event had just over 700 players competing within two starting flights.

The London tournament action kicked off on Friday, and with so many players competing, the prize pool increased to well over £1.3 million. After making to the final heads-up round, it would be Roman Hrabec and Jeremy Routier going at it to see who would claim the first-place win. In the end, it would be Routier who claimed the title, earning £249,460 for his efforts.

Details of the Tournament

Once Laszlo Molnar was out in 10th place, the final nine was locked and Routier would sit with one of the smaller stacks. After Stefan Ianuszewicz was knocked out in ninth place, it would signal the start of Routier building his chip stack.

Eventually, everyone would be eliminated except for Routier and Hrabec. Routier would hold the chip lead and claim the win pretty quickly. Hrabec would be all in with K-5 and was quickly called by Routier with pocket queens. The pair would hold up and give the win to Routier, his first European Poker Tour title.