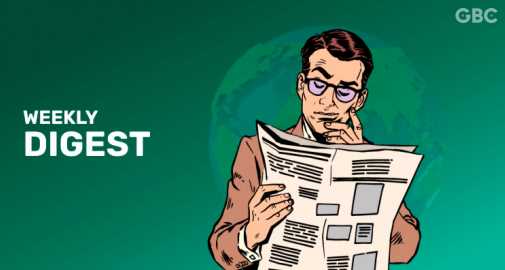 Belgium has changed the maximum number of sports betting licenses. In Holland, the government is analyzing loot boxes again. The Norwegian lottery company is phasing out betting ads on TV. Meanwhile, Macau is setting new limits for all gambling operators. And the Swedish betting company faces severe penalties.

According to the official statement of the Belgian Gaming Commission (GC), the number of online sports betting licensees will be reduced. Whereas the regulator previously agreed to license 31 companies, it has decided to reduce that number by one.

This new legislative regulation is long-term and will be relevant for nine years. Since it came into effect on July 31, 2022, betting operators can only expect to receive additional license spots after July 31, 2031.

The Belgian government has implemented these changes in light of the recent adoption of stricter legislation for all forms of gambling. One of the new laws will ban Belgians from spending more than 200 euros on gambling deposits per week.

Franc Weerwind, who is the Dutch Minister of Legal Protection, stated that the authorities are analyzing possible regulations of loot boxes. The government believes that this video game mechanic can be gambling-oriented. And given this, it can introduce new laws that would minimize the detrimental effect of this in-game element. Moreover, instead of stopping at regulations, the Dutch authorities may go even further and approve a complete ban on loot boxes in the country.

After the Dutch gambling regulator Kansspelautoriteit (KSA) lost a lawsuit against the EA company, this decision returned legal status to loot boxes. However, Socialist Party MP Michael Van Nispen initiated a parliamentary questioning regarding this topic, and now, the future of this mechanic in Holland remains rather uncertain.

In Norway, the national lottery Norsk Tipping will no longer attract customers through TV sports betting ads. When the Norwegian Media Authority implemented the new requirements earlier this year, Discovery Network stopped promoting offshore iGaming companies in August. Following suit, the lottery monopoly has announced that it will be phasing out TV sports betting ads.

Norsk Tipping also stated that it would be cutting marketing budgets for sports betting ads significantly. Also, the company plans to stop sending SMS messages with such advertising completely. And on top of that, it will make its online casino offers much less visible both on the website and in the mobile app.

Macau's gambling operators are facing a new limit regarding the total number of slot machines and gaming tables. According to the decision of chief executive Ho Iat-Seng, each of the six licensed companies will be able to operate no more than 6000 tables and 12 000 slot machines.

In June, the local government seriously revised the gambling legislation and warned operators about the upcoming limits. In addition, it also informed the companies that they would have to comply with the new minimum GGR requirements. While slot machines will need to generate MOP300,000 in GGR, gaming tables will need to accumulate at least MOP7m, which equals €866 125.

After 2002, these and other new reforms are the most significant for the Macau gambling sector. They should come into force from the first day of 2023.

The Swedish Horse Racing Totalizator Board ATG received a fine for violating self-exclusive regulations. ATG users who logged into their accounts with a bank ID could not exclude them from betting from January 13 to January 28, 2022. It means that the company violated Swedish gambling laws and will be forced to compensate for this violation with a $2 million fine.

It is worth noting that ATG did not disable the self-exclusive feature intentionally. According to the company’s statements, this happened due to unforeseen technical issues that led to the betting platform's malfunctioning.

Read more: How to get a cheap online gambling license in 2022

Read more: The most renowned casino lawsuits in history