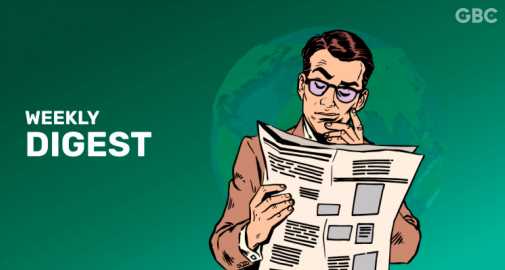 The MGA has warned players about a number of unlicensed gambling platforms. The UK will publish the Gambling Act white paper in the foreseeable future. Meanwhile, Kindred stopped targeting Norwegian gamblers to avoid penalties. KSA discussed the features of the Dutch iGaming market. And the Belgian regulator forces retail betting operators to use the country's main self-exclusion system.

Maltese gamblers have received a warning from the local regulator Malta Gaming Authority (MGA) regarding some of the illegal gambling sites that operate in the country. The post is dedicated to 18 domains, and several of them belong to the same companies.

According to the authority, operators like 24Pokies and 4 Crown Casino mentioned in the list of unlicensed sites violate the country's gambling laws. The regulator warns players that they should avoid all these platforms, which infringe article 14 of the Malta Gaming Act and cannot provide iGaming services to local players.

Although it was expected that the white paper, including numerous gambling reforms, would not be published until 2023, the British government changed this plan. New reports indicate that the document will be approved within a few weeks.

The white paper was supposed to amend the Gambling Act this July. However, several sudden changes on the government level have delayed the publication of these new reforms. First, Minister Chris Philp, who was responsible for the revision of the legislative provisions, resigned. And after that, the government said goodbye to Prime Minister Boris Johnson, who was replaced by Lizz Truss.

When Truss became the next Prime Minister, many experts felt that the approval of the white paper would be delayed. However, according to Betting and Gaming Council chief executive Michael Dugher, the document could be made public before Christmas.

No more daily fines for Kindred in Norway

Kindred Group will no longer pay daily fines to the Norwegian supervisory body Lotteritilsynet. The regulator has previously said that Kindred's subsidiary Trannel will pay €114 549 per day if it does not stop targeting Norwegian players.

Lotteritilsynet made the decision on such monetary penalties on September 14 and warned Trannel's brands Maria casino, Unibet, Bingo, and Storspiller that they would start paying fines in three weeks. In response to this announcement, Kindred took a “goodwill step” and suspended its operators in the country.

The regulator noted that penalties may be renewed in the future. And if Kindred wants to avoid that, it needs to get rid of the sites and ads that emphasize Norwegian gamblers.

René Jansen, who is the chairman of the Dutch gambling authority de Kansspelautoriteit (KSA), stated that the country is moving towards a secure iGaming industry. In a recent blog post published on the regulator's official website, he spoke about the difficulties the authorities face when implementing new gambling laws. On top of that, he mentioned some data from the latest report, which covers the first year of the Dutch online gambling market.

Jansen stated that the iGaming business has managed to accumulate 80 million euros in GGR (gross gaming revenue) monthly. By the end of September 2022, the number of legal gambling operators increased from 10 to 22. But the chairman noted that such an increase did not affect the total number of people interested in online wagering. Hence, he believes that Holland will be able to achieve its ultimate goal of creating a completely secure environment for iGaming enthusiasts.

In Belgium, retail will also be subject to the self-exclusion scheme

The Belgian Gaming Commission (BGC) has stated that retail-betting operators will also be required to implement the state's self-exclusion initiative called the Excluded Persons Information System (EPIS). This system allows you to identify gamblers who would like to get rid of addiction and forbids them to wager money for a certain time.

While EPIS has been used for land-based arcade machines, casinos, and online gambling, BGC stated the system will cover retail-betting activities as well. Considering that the Belgian government implemented a complete ban on gambling ads in the country relatively recently, it is not surprising that it continues to regulate the industry through new strict reforms.

previousChina Became the Top Spot Country in Earning in 2021
nextBillions at Stake. How Did Esports Betting Become So Popular?