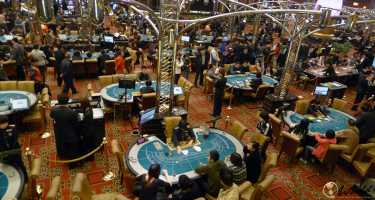 On January 2nd, 2023, six Macau concessionaires reported that they would individually pay the Macau government a base sum of MOP750 dollars per square meter of gaming space for the first 3 years of their latest 10-year concession contracts and MOP2.500 dollars per square meter for the remaining seven so they can “rent back the casinos as their respective integrated resorts.”

“The utilization fee comes after the casino areas of the concessionaires’ properties were reverted back to the Macau SAR Government upon expiration of their previous 20-year concessions on 31 December 2022,” according to SJM Resorts officials.

The latest 10-year concession contracts began on January 1st 2023 and five of the six concessionaries except Galaxy Entertainment Group, publicly announced in a Hong Kong Stock Exchange press release that they had agreed with the government “to rent back the casino areas within the integrated resorts they operate for the next 10 years.”

Furthermore, Galaxy Entertainment Group has directly submitted confirmation to IAG that its payment fees are the same as those of other 5 concessionaires.

Fees will be paid yearly in March of every year.

Different usage fees for each concessionaire:

At a press conference on Friday, SJM Resorts officials said: “Our annual utilization fee, which accounts for the use of casino areas at Casino Grand Lisboa, Casino Grand Lisboa Palace, Casino Lisboa and Casino Oceanus at Jai-Alai, will amount to MOP$69 million (US$8.6 million) in year 1 (2023), rising to MOP$229.3 million (US$28.7 million) in year 4 (2026). ” However, the second, third and fifth to tenth year will be indexed as already explained above.

“We are honored and thankful to be awarded a 10-year gaming concession by the Macau SAR government.

“The company is grateful for the Central government’s leadership and guidance in supporting Macau’s continued integration with mainland China. We pledge our full support to the sustainable and diversified development of the tourism and leisure industry in Macau, and will continue to work with the government, the community and stakeholders to benefit and contribute to the city’s development as a key global tourism destination.”

However, the second, third and fifth to tenth year will also be indexed as already explained above.

This user fee will be another important revenue stream for the government and will be part of other payments that concessionaries are legally required to pay to the government under the terms of their new concession contracts.

Concessionaries are required to pay a special gaming tax of 35% of GGR and an additional 5% of GGR in contributions for different forms of Macau CSR.

For example, if Macau’s GGR totaled MOP$130 billion in 2023, as the government predicts, the total GGR taxes and fees to be payed by Macau’s six concessionaries this year would be MOP$52 million, which is approximately US$6.5 billion.

In addition, concessionaries are required to pay an annual fixed premium of MOP$30 million and year-to-year variable premiums of MOP$300.000 per VIP table, MOP$150.000 per mass table and MOP$1,000 per slot machine.

Guessing that only 10% is left for VIP play, the total yearly premium to be paid by the six Macau concessionaries to the government would be MOP$1.182 billion, which is approximately US$148 million.