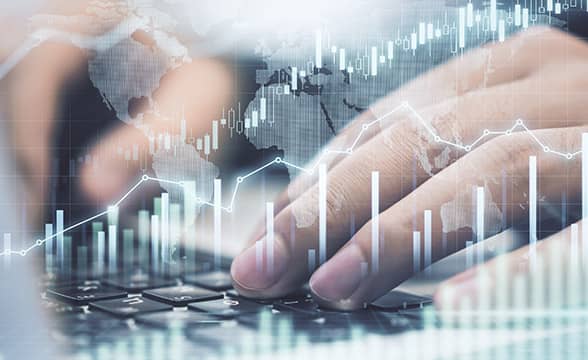 NeoGames, a tech-driven provider of online gaming and lottery solutions, has posted its financial results for the third quarter ended September 30. The company saw metrics rise across the board and attributed the results to the performance of its iLottery platform.

These are notably the first full quarter results following the completion of NeoGames’ merger with Aspire Global.

NeoGames announced that the total revenues and its share in NPI revenues were $73.3 million, representing a huge 262% increase from the prior year period, reflecting the recent merger. Revenues sat at $62.2 million, which is significantly more than Q3 2021’s results.

NeoGames’ iLottery revenue contributed $24.7 million to the total revenue, representing a 22% YOY increase. Aspire Global, meanwhile, recorded revenue of $48.5 million, which represents an 8% increase from the prior year period.

Meanwhile, NeoGames’ total net loss was $4.4 million, showing higher losses for the company. For comparison, last year, the provider had a net income of $1.5 million. NeoGames explained that its net income plummeted because of a $0.23 per share impact from the amortization of intangible assets related to the Aspire Global acquisition. Furthermore, Q3 reflects the impact of interest expenses related to the transaction.

Q3 was also a period during which NeoGames managed to ink new agreements and expand existing ones. The company agreed to power the Georgia Lottery Corporation with its proprietary content, helping it boost its appeal. The supplier also extended its existing agreement with Btobet by an additional 5 years.

NeoGames obtained licenses to launch Pariplay in Pennsylvania and Connecticut and onboarded many new content providers to the Pariplay platform. Speaking of Pariplay, the platform struck an agreement with ATG, a leading Swedish operator, to launch iGaming content from Wizard Games in the Swedish market. Wizard Games content was also launched in Michigan through BetMGM.

Lastly, Aspire Global signed a deal with ITSP, a notable German gaming operator, agreeing to provide it with a complete turnkey technology and gaming content solutions.

Malul also praised the performance of the iGaming and sports betting businesses and the strength of the Pariplay and BtoBet offerings. He added that despite being in their early days, the company’s integration efforts have already helped the company reap benefits.

Malul noted that the company remains wary of the global economic situation. He said that the ongoing headwinds are a good way to remind his team to remain focused and disciplined. He concluded that the company’s advances show the value of NeoGames’ brands to customers within the sector.

NeoGames will host a live conference call and audio webcast today, at 8:30 am Eastern Time. During the call, its management will further discuss the quarterly results.