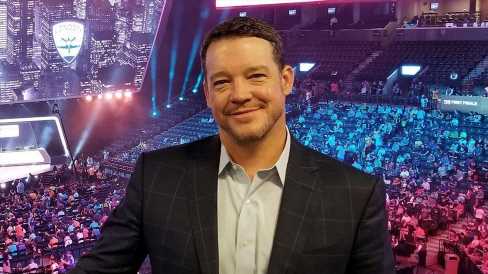 The Nevada Gaming Control Board’s Esports Technical Advisory Committee, which was created last year as a seven-member panel to facilitate betting on esports in the state, held its second meeting on Monday and announced they will gather again in August to start formulating its recommendations to the Control Board and the Nevada Gaming Commission.

During the three-hour meeting Monday, the panel —which in February added an eighth member— gathered testimony from experts about the use of official data generated from competitions and how they should be used to develop a wagering platform for esports, Las Vegas Review-Journal reports. The committee agreed to meet again before the group’s next scheduled quarterly meeting to make decisions on how to take wagers on competitions involving video game matches and tournaments.

Specifically, they will review the NGCB’s Regulation 22 on racebooks and sports pools to determine if rules for sports wagering could be modified or enhanced to include esports betting. The 17-page document addresses all aspects of sportsbook operations, including record-keeping requirements, what types of wagers are permitted and prohibited, and parlay bets.

On Monday, committee members agreed that betting on esports could be very similar to wagers taken on traditional sporting events, but they will try to determine if a new regulation should be drafted incorporating some of the special circumstances of esports, which often involve professional and amateur participants in popular video game competitions. Also, panel members seek to establish systems in which official data is transmitted to companies taking wagers in real time.

During Monday's meeting, the committee heard presentations from Moritz Maurer, CEO of GRID, a German esports platform; Amir Mirzaee and Martin Dachselt, executives of Germany-based Bayes Esports Solutions, an esports data provider; and Vlastimil Venclik and Marek Suchar of Oddin.gg on the establishment of betting lines on esports. Executives said sportsbooks that take esports wagers hope to compile a history of official data in order to establish fair odds for bettors.

Eric Bowers, Vice President of Architecture and Innovation for Boyd Gaming Corp., also gave committee members an early look at some of the Las Vegas company’s plans for an esports betting platform.

Current regulation in Nevada authorizes esports betting on a per-event basis. This requires operators to submit an application to the Gaming Control Board for vetting and approval for each competition. After Nevada allowed taking bets on a record 12 esports events in 2020, Nevada State Bill 165 was signed into law by Gov. Steve Sisolak in June last year creating a technical advisory committee that would work under the auspices of the Nevada Gaming Control Board to give counsel and best practices as it relates to esports wagering.

Originally, the bill sought to create an Esports Regulatory Commission that would function much like the Nevada Athletic Commission which licenses and regulates sports such as boxing and mixed martial arts, but that idea was rejected and amended, due in large part to video game publishers and tournament organizers.

The committee's first meeting was held in March, and focused on integrity, protecting the gambling public and establishing rules to prevent match-fixing and other forms of cheating. The Esports Technical Advisory Committee is expected to meet quarterly, and its members will hold their positions until November 2024.

In December, Yogonet spoke with Abarbanel, who provided a description of the current panorama of eSports gambling and the reasons for the creation of this new committee. She said there are no static recommendations for esports betting regulations.

Furthermore, the Casino Esport Conference (CEC) has recently announced that for the first time it will add an extra, third day that will see the creation of CEC University (CEC-U), aimed at providing classes on different areas of esports and video gaming. These include betting, monetizing, marketing, legal, hosting tournaments, cryptocurrency, blockchain, the NFTs, the metaverse, Web 3.0 integrated, hardware, games, culture, among others.

This whole new educational space will be part of CEC's seventh edition from February 27 to March 1 at the Alexis Park Resort in Las Vegas.