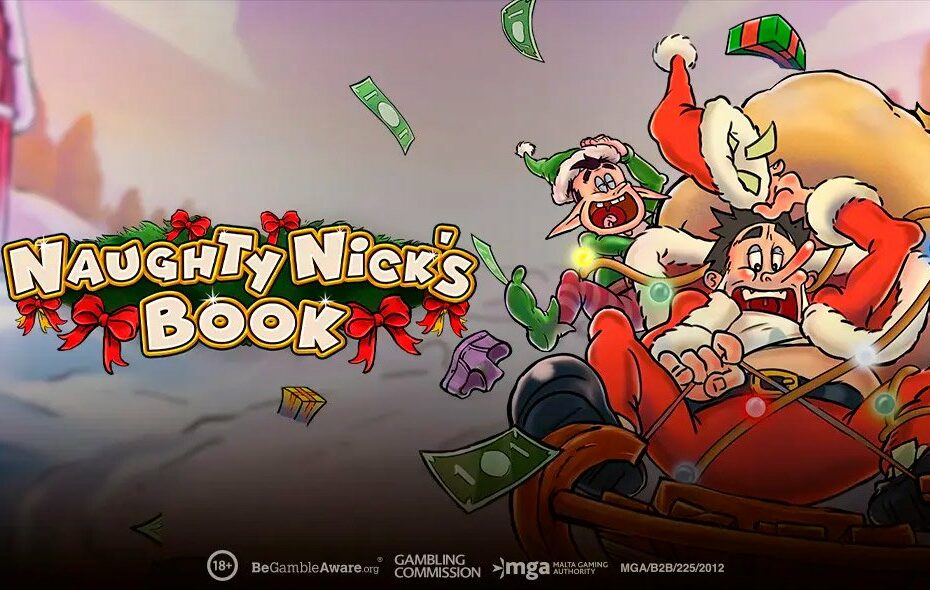 Play’n GO announced Friday the launch of its latest Christmas title, Naughty Nick’s Book, which is now out and is “sure to put a hilarious spin on holiday slots.”

The company invited its customers to join Naughty Nick and “his rambunctious friends” as they tell a different Christmas Eve. In this new slot, an uncanny cast of characters is introduced: Naughty Nick, Rude-Olf Rupert the Rascal and Eric Elf “will change the way players think about the usual Christmas title.”

“Wreak havoc on the unsuspecting homes jolly ol’ Saint Nick is supposed to deliver gifts to by unwrapping exciting features, including an innovative Free Spins round with Expanding Symbols,” the company described the game.

Watch as Eric Elf sits aside the grid waiting for the Free Spins round, where he will rip open the present revealing the sixth reel. Here, Naughty Nick’s Book will open and pick a symbol at random to become the Expanding Symbol in the round that will gift players more potential. Meanwhile, the Gamble feature gives players a Christmas coin-flippin’ chance to double and quadruple their wins.

“This holiday season, take a chimney-diving trip through the eyes of a rebel Saint Nick and his friends who prefer naughty over nice!” the company further described the game's theme.  Naughty Nick’s Book is the latest Christmas slot from Play’n GO, joining a collection that includes Holiday Spirits, Holiday Season, Xmas Joker and Xmas Magic.

Charlotte Miliziano, Head of Games at Play’n GO, stated: “The holiday season is by far one of our favourite times of the year and this year, we decided to put a real Play’n GO spin on Christmas slots. You can find Christmas slots anywhere, but Naughty Nick’s Book is bringing fun, humour and mischief by the sleigh-load!”

The news comes on the same week the company announced it has further expanded its footprint in North America through the launch of its portfolio of titles in the state of Michigan, available via BetMGM. Players will now be able to access titles such as holiday season-themed Xmas Joker, as well as popular slots like Rich Wilde and the Book of Dead, Rich Wilde and the Tome of Madness, Crystal Sun and more.