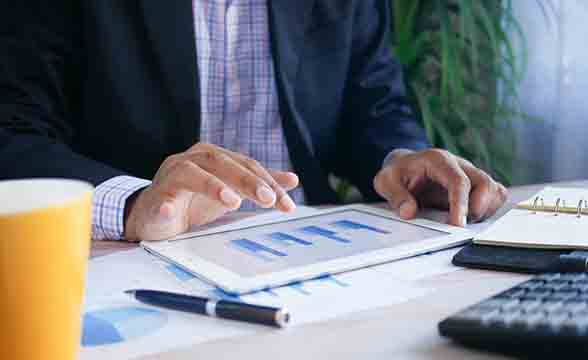 In an earnings conference call, PointsBet executives discussed the current state of the company and its performance during Q1 FY23.

Sam Swanell, PointsBet’s chief executive officer, opened the conversation by calling the September quarter a “period of progress” for the company. He noted that PointsBet managed to launch its online sportsbook in Kansas and Louisiana and also saw the launch of its retail sportsbook in Maryland. He noted that the company currently has a presence in twelve states plus Ontario and Australia.

Swanell also noted that the company continued to improve its offerings throughout the quarter and launched great new products, including a proprietary MLB solution. The company also managed to speed up its transactions, thus greatly enhancing customer experience. During Q1, Points Bet also inked a strategic partnership with 1/ST Technology and is currently preparing to launch its standalone ADW offering.

Swanell also spoke about Points Bet’s financial results and compared them with how the company performed in Q1 FY22. He noted that sports betting turnover for Q1 2023 sat at $730,000 million (converted to USD), which represents an 18% year-on-year increase. The CEO also noted that the total net worth of Points Bet increased by 13% to almost $50 million.

Overall, the Group has delivered a pleasing result as the PCP net win uplift means our 12-month rolling net win continues to increase to a new record of $318.8 million.

PointsBet Grew in the US

Johnny Aitken, Points Bet’s CEO for the United States, spoke more about the company’s performance in the region. He noted that US sports betting turnover was 50% up to $331 million, while total win increased by 101% to almost $19 million. Gross win margin was 7.7% with net win margin at 4.3%, marking a noticeable increase on Q1 2022’s results.

Net win margin performance is expected to be sustainable above 4% as we continue to reap the benefits of our ongoing investment in house sports betting technology and odds factory, our proprietary trading feed solution.

Meanwhile, iGaming net win sat at $4.55 million, which is a significant improvement on FY22’s results.

Andrew Catterall, PointsBet’s CEO for Australia, noted that turnover for Q1 FY23 sat at around $387 million. This represents a slight 3% decline because of the underperformance of PointsBet’s racing operations in the region. On the contrary, the company’s sports turnover increased noticeably. Catterall explained that the racing turnover declined because of the lingering effects of the COVID-19 pandemic and said that the company expects revenues to normalize in the future.

Catterall also commented on the gross win for the quarter, noting that it declined by 17% to $46 million.

Our trading margin was lower at 11.9% versus 13.9% in the PCP, primarily driven by the increased weighting towards sports turnover in the quarter and short-term negative variance for multi and racing singles.

Unlike in the US, where PointsBet spent significantly less on marketing than it did in FY22, in Australia, the company increased its marketing spend to $16 million, which represents a 14% increase. This was also affected by a new campaign featuring the famous basketball player Shaquille O’Neal.

Catterall noted that the company’s promotions have been greatly improved. In addition, the company released new upgrades to its platform and enhanced the overall customer experience.

PointsBet Is Establishing a Foothold in Ontario

PointsBet’s casino offering in the country grew, contributing to a total net win of $1.07 million, a dramatic increase on the previous quarter’s $126,000.

While we are pleased with the sequential improvements, we believe we’re just getting started. The Ontario regulator released its first report on the state of the market during the quarter, which affirmed our belief in the size and strength from the market.

PointsBet Is Optimistic about the Future