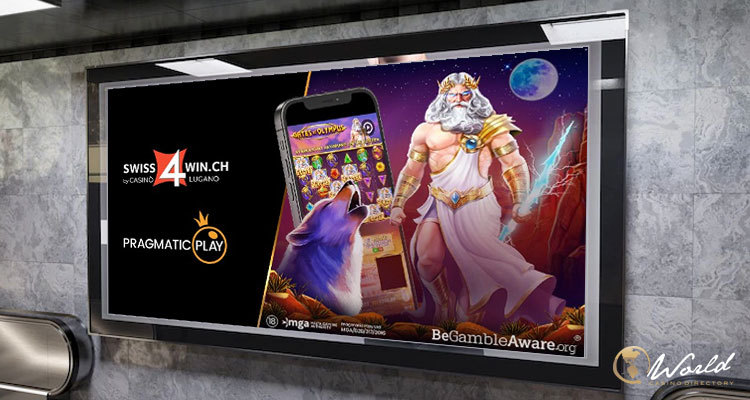 Swiss4Win customers will be able to enjoy Pragmatic’s popular titles, such as the award-winning Gates of Olympus and the famous Wolf Gold – and many more unique slot games.

One of the most expected games that Swiss players will gain access to is Peaky Blinders. Launched in a partnership with Endemol Shine, this game rapidly rose in popularity among players worldwide. It’s based on famous British drama series that became a hit in recent years, following the adventures of Tommy Shelby and his crew.

The developer has already established a strong position in the European market – and this partnership will strengthen its position even more.

The company with a long history:

Casinò Lugano is known as a reliable casino operator from Switzerland. It is interesting that the first gaming room in Lugano was founded in 1804. The next step was opening the Lugano Theatre in 1885, and a license for small games was gained in 1912. The first significant change was in 1922 when the name was changed to Casino Kursaal. In 1993 big games came to the Swiss market, and by further expanding, the new name was introduced to the public – Casinò Lugano SA has opened its doors to loyal players.

The company keeps growing and further expanding, and the newest addition is its game platform for online gaming, swiss4win.ch.

With its impressive history of over 200 years, the Casinò Lugano is undoubtedly the name that will be among the greatest in the list of Pragmatic’s associates.

Casinò Lugano’s extensive history as a land-based casino places it in a unique position as one of the most recognized names in the industry, and we are confident that our award-winning products will deliver even more exceptional experiences to its players online.”

Paolo Sanvido, CEO and Board Member at Casinò Lugano SA, said: “Collaborating with businesses that share our passion for excellence has always been a pillar of how we operate, therefore, partnering with Pragmatic Play is a huge win for us.”

He added that the company was proud to be the first online casino in Switzerland to release Pragmatic Play’s content, giving its players exclusive titles that other operators couldn’t access.

previousMacau records GGR of US$481.6 million in October, down 10.7% year-on-year
nextUK Universities to Benefit from New GAMSTOP Initiative