Autoplay and reverse withdrawals are both set to be banned in Sweden, according to new rules from regulator Spelinspektionen. 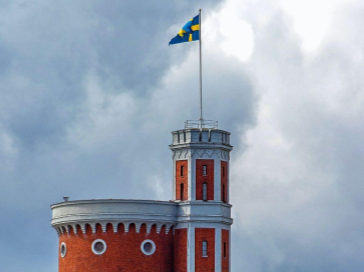 A key element in the rules will be a ban on the autoplay feature for slots. This applies whether this is indefinite or for a defined number of spins.

Autoplay has previously been banned in some other markets, including Great Britain and Ontario.

Reverse withdrawals – where players can cancel a withdrawal before the funds arrive in their bank account – will also be banned.

These two rules, Spelinspektonen said, may be unpopular with some players, and so the body recommended that operators communicate the changes to players before they are implemented.

“It is likely that players who use these features will react to their removal, and it is therefore good to communicate that the change is taking place in light of the fact that these features are risky and coexist with problem gambling,” it said.

The new rules also state that licensees must not give players suggestions for their deposit, loss or time limits, the regulator said.

In addition, if a player is logged in for more than two minutes on a gaming site without being “active”, they must now be logged out, or given an option to ask if they want to remain logged in.

Employee training requirements on responsible gambling matters, meanwhile, will be expanded. Training must now also cover the impact of harmful gambling on loved ones, while other aspects of training rules were reworded to fully clarify the required focus on topics such as game design.

“The purpose of the proposed changes is to strengthen the protection of players and to simplify licensees’ work with gambling responsibility by clarifying the requirements,” Spelinspektionen said.

Players must also have the right to communicate with operators, while operators must show the logo of self-exclusion scheme Spelpaus.

For retail slots at non-casino locations, Spelinspektionen have added an additional element beyond operators being required to provide players with information on their annual losses when they log in. Players must now confirm that they are still happy to play while these figures are on the screen.

The new rules come just days after results were announced in a historically close Swedish election. Ultimately, a right-leaning coalition led by the Moderate Party with support from the Sweden Democrats won control of the Riksdag by three seats.

Ahead of the final results being announced, Gustaf Hoffstedt – secretary general of Swedish trade association Branscheforenigen för Onlinespel (BOS), and a former Moderate Party member of the Riksdag – told iGB that the industry would welcome a new government.

He noted that the parties that will now come into power had supported more market-friendly concepts such as a break-up of state-owned Svenska Spel and relaxation of the country’s strict bonus limitations.

New marketing rules, he noted, might also be less likely to be approved under the new government.