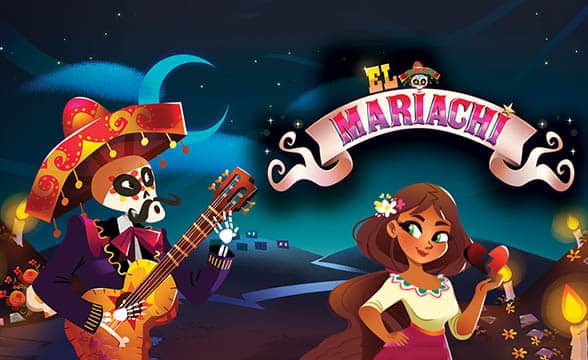 2020-launched gaming platform and game development company Vibra Gaming has released El Mariachi, a video bingo game designed for players in Latin America. The game that has been inspired by the Calaca culture in Mexico has been released just in time for the popular Day of the Dead celebrations in the country. With an RTP of 94.89%, a Progressive Jackpot, and a maximum win of up to 750x the bet, the game that is available in 13 languages is prone to attract players with a passion for classic 90-ball bingo games.

The First in Line

The new game is the first video bingo product created by Libra Gaming for the fast-expanding gaming market in Latin America. The launch is expected to help the company go one step further toward its goal to become “the Latin American benchmark providing creative, reliable and innovative solutions” for the development of the best games and technology.

The company that wishes to constantly go above and beyond its partners’ expectations has launched El Mariachi right ahead of El Dia de Los Muertos (Day of the Dead), taking advantage of Mexico’s popular Calaca culture. Calaca envisions a romantic guitar player singing love songs to his sweetheart. The new bingo game smartly incorporates Calaca imagery with innovative product strategy, top graphics, and fresh trends. The end result is a game with excellent illustrations and a fully immersive art direction.

Vibra Gaming’s chief executive officer Ramiro Atucha has explained the company was constantly looking for “unique content and new ways to develop innovative games” that would engage players even more. He added that the new game inspired by the Mexican Calaca culture would record a lot of success and be well received “by the entire region and other continents” thanks to its top-tier gameplay, graphics, and prizes.

How to Play El Mariachi Bingo

Envisioning a classic game of bingo, El Mariachi used up to four bingo cards consisting of 15 numbers each. The game can be customized in regards to the number of cards that are in play, the speed, or the betting options. The game provides players with 12 patterns to win. The El Mariachi skeletons symbol gives players up to nine additional bingo balls to boost the possibility of winning. There is also a bonus round set available, with the action set in a ghostly cemetery with hidden prizes.

The company that is committed to offering customers a massive inventory of proven games is busy constantly creating titles that guarantee an excellent gaming experience while driving user engagement and customer acquisition. In mid-September, Vibra Gaming announced its massive expansion intentions for 2023 as well as the selection of a new company logo.