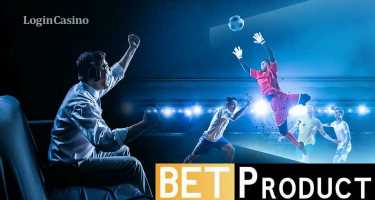 BetProduct representative speaks about the advantages of virtual football (VFL) for users and the foreign betting market, key peculiarities of this vertical, and what bets are available to players nowadays.

What is virtual football?

“Virtual football is almost the same as traditional football but with certain differences. For example, its matches last only several minutes. Match-fixing is impossible here due to the operation of special software,” said BetProduct representative.

The expert has noted that keeping up with the audience’s demands, this segment offers the most common betting types: European and Asian handicaps, double bets, etc. Another peculiarity of virtual soccer and virtual sports, in general, is that matches are held 24/7, and bettors don’t need to wait.

Interestingly, wagering on real football may be more popular because such events induce more emotions than virtual sports.

How to bet on virtual sports?

During wagering on virtual football, a foreign bettor shouldn’t rely on the team’s status as in live football. The main advantage bettors get is high speed because the result is announced just after the match, which lasts from four to six minutes. Also, users shouldn’t wait for a certain day or time of the match start, as games are held 24/7.

It is interesting to know that, usually, in virtual football, the duration of every season, which consists of 30 tournaments, is equal to 150 minutes. Each tournament has eight games held simultaneously.

Types of stakes on virtual football

In general, the most popular directions in the VFL bets are total, the first goal, the number of goals, a winner of the first half, which again proves its similarity with traditional football. Some foreign companies, for example, BetProduct, add lines of bets on domestic or guest teams’ win, the win in the first team’s match or score draw (1-х-), score draw in the match or the second team’s win (х-2-), the win in the first or second team’s match (1-2-), a match score.

In addition to this, although matches last only several minutes, placed bets are identical to the conditions of a full-scale game, which lasts 90 minutes. Speaking about VFL’s key peculiarities, BetProduct representative emphasizes that, considering a time frame, usually, not more than four goals can be scored here within one match. That is why bets on a bigger game score aren’t available.

“What are the future opportunities for virtual sports in the foreign market? To answer this question, let’s take a look at the data from Statista. They show us that, for example, in Great Britain, the popularity of wagering on virtual greyhound and horse racing has exceeded the number of bets on their traditional analogs, as well as on draw games of private and state lotteries and bingo products.”

The company expert has also added that, although virtual sports’ popularity among the actual population isn’t high, great engagement in virtual sports betting among gamblers indicates huge opportunities for the segment.

According to the latest data, the biggest public acknowledgment of virtual sports, VFL in particular, is recorded in Great Britain and Italy, especially in the country’s southern part. During the last few years, US citizens also showed interest in this sector. The reason for this can be the prohibition of betting in most of the country. New Jersey’s authorities were first to reach a compromise and allowed wagering on virtual sports instead of traditional sports.

The expert expects that positive changes in the American iGaming industry will motivate it to promote new verticals more peculiar to local players: virtual baseball, American football, basketball. A new offer in the market, if it has the right promotion at the international level, will also influence the betting sector as a result.

Interestingly, some participants underestimate the African market, which, however, is very huge. As of spring 2020, more than 500 million people have access to the Internet there, with Nigeria accounting for 100 million.

Taking into consideration the information provided above, it can be concluded that wagering on virtual sports becomes popular even in those countries where betting regulations are quite strict. It shows players’ interest in this segment, despite the prohibition.

However, football is the most popular type of sport for betting in Russia. Virtual football has gained and continues to gain more popularity among the Russians because of event cancellation connected with the coronavirus pandemic, notes BetProduct representative.

“It may happen that more and more operators will be interested in the African market as well, where new demand will create new integrations in the industry. It is known that, in 2018, Steven Spartinos, a co-founder of Kiron Interactive, has claimed that virtual sports with football remaining the most popular has made one-fifth of the global betting revenue.”

BetProduct is a software supplier for betting companies and the gambling business with the guarantee of high reliability and favorable terms for lottery operators, bookmakers, and gambling projects.

Read more: What games to choose for esports betting?

previousEverything You Need to Know About PlayLive Casino
nextOnline Casinos Are Well-protected, but Is It Enough?